The Regional Field Coordinators promoted the upcoming Atlantic Facilitator Orientation session and encouraged conference attendees to request workshops for their place of work from the JLP suite of workshops.

National Capital Region Networking Event
The National Capital Region (NCR) hosted a networking event on November 1st 2013. Present at the event were 35 facilitators, organizers, managers and representatives of the Public Service Alliance of Canada. It was an opportunity to provide information on recent and future activities, updates on workshop content and on the development of a new workshop related to mental health in the workplace.

Also, in recognition of the commitment and support to the Joint Learning Program, the following facilitators received a recognition award for facilitating 10 or more workshops in the NCR: Bruce Roy, Shelley Adams and Diane Belanger-Vena (Public Works and Government Services) and Jo-Anne McCullough (Public Service Commission). 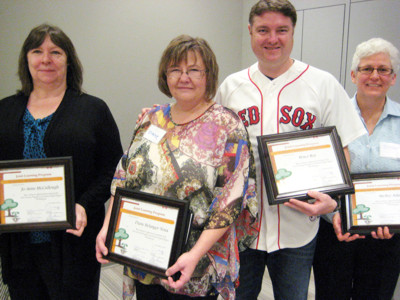 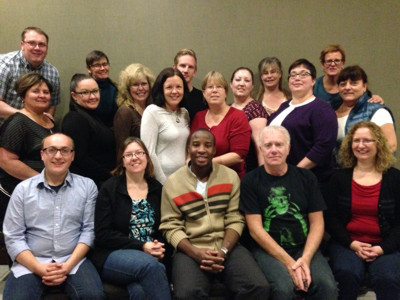 During this week, the Quebec Region celebrated the delivery of its 500th JLP workshop and highlighted 10 years of involvement with the JLP for several facilitators. 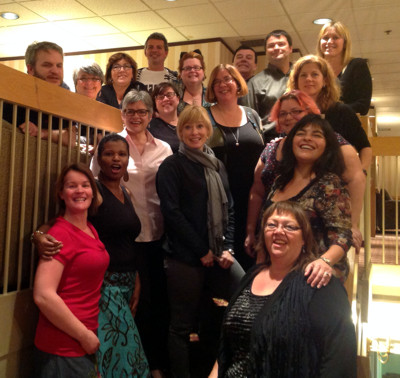 Celebrations of the 500th Workshop in the Quebec Region
June 12, 2013 was an important date for the Joint Learning Program’s (JLP) Quebec Region, as this was the day that the 500th workshop was delivered. Quebec is the first region to reach this milestone and this achievement was celebrated on October 29 at a luncheon during the Facilitators’ Orientation Session in Montreal. Regional Field Coordinators (RFC) Manon Bouchard and Carolle Lajoie invited participants of the orientation session, facilitators from the Montreal area, the organizers and facilitators of the 500th workshop. Also in attendance were Magali Picard, Regional Vice-President, Quebec Region, Public Service Alliance of Canada and Martine Tremblay, Acting Director General of the Federal Council of Quebec. Ms. Picard and Ms. Tremblay took the opportunity to express the support of their organizations for the JLP. 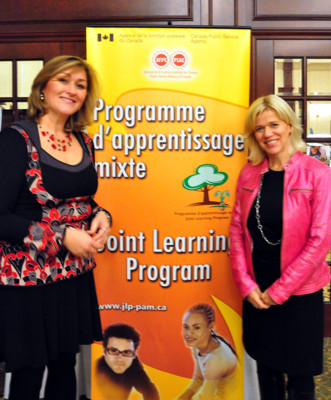 Other representatives that spoke in appreciation of partnerships with the JLP were, Claude Duchesneau, Regional Vice-President, Union of the Solicitor General Employees, Marie-Ève Charest, Human Resources Manager, Correctional Service of Canada (CSC) for the Memorandum of Understanding (MOU) with CSC and Ron Moran, Vice-president, Customs and Immigration Union, for the MOU with the Canada Border Services Agency (CBSA).

RFCs took this opportunity to acknowledge the contributions of five individuals to the JLP.Monique Bernier, Audrey Concillio, Jean Bonhomme Milford and Manon Bouchardreceived gifts of appreciation for their facilitation work with the JLP over the last 10 years.Edmond Maltais who was absent will also receive an award for his contribution over the last decade. 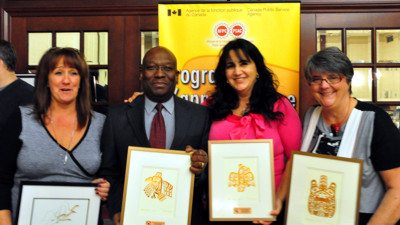 The facilitators of the 500th workshop were invited to cut the cake and to close the event highlighting this achievement.

The topic of the 500th workshop was Creating a Harassment-Free Workplace and it was held in Lacolle, Quebec. The workshop was part of the MOU with the CBSA. Facilitators were Benoît G. Hébert (Union) and Gabriel Duteau (Employer) and the organizers wereDiane Lacombe (Union) and Alexander Girard (Employer). 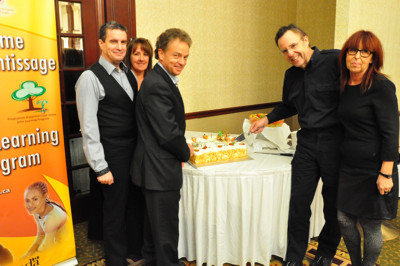 Labour-Management Consultation Kit Clinic in the British Columbia-Yukon Region
The British Columbia - Yukon (BC-YT) Region hosted a kit clinic for Joint Learning Program (JLP) facilitators from BC-YT and the Prairie Regions on October 29 and 30, 2013 in Richmond British Columbia. The objective of the clinic was to familiarize facilitators with the new edition of the Labour-Management Consultation (LMC) kit and to provide them the opportunity to explore the learning activities included in the kit. Both days were packed full with learning and practice facilitation, as well as dialogue and discussions on tips and methods to facilitate a LMC workshop. 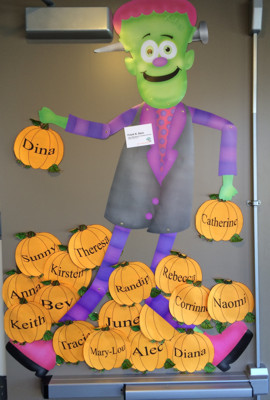 Canada Employment and Immigration Union National Conference
Alex Roussakis and Linda Iezzi, Regional Field Coordinators, National Capital Region, had the opportunity to spend more than three hours on October 26, with 30 delegates and observers attending the Canada Employment and Immigration Union National Conference. They facilitated a segment of learning activities from the Duty to Accommodate kit. This sampling of activities was to encourage participants to promote the workshop in their workplaces and learn more about the program.

Debi Buell, a JLP facilitator with Veterans Affairs Canada/Union of Veterans’ Affairs Employees strategic partnership, stopped by the kiosk to talk about how JLP workshops are contributing to labour-management relations and the satisfaction she gets from co-facilitating. 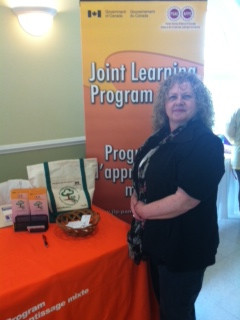