Orientation Session for Facilitators in Montreal 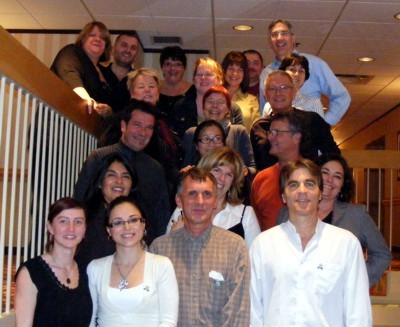 Participants to the session

Organisers took the opportunity to highlight the 1,000th workshop when particpants received a special pin and they were offered a piece of cake.

The session was held in Montreal from 18 to 22 October 2010. Roger Vaillancourt, Marcia Vergara and Monique Bernier acted as facilitators.