When you become a JLP facilitator, you join a community of more than 1,500 union and employer facilitators across Canada who have participated in the JLP since 2002. JLP facilitators work in many different kinds of jobs and represent almost all federal government departments. Some of them hold union positions, some of them are managers and executives, and all of them are connected by a common interest in working collaboratively to inspire positive change in their workplace.

When JLP organizes an orientation session, it tries to ensure a balance of union and employer participants. It also considers equity representation, location, workshop interests, suitability, availability, and manager support in determining whether to invite you to a particular orientation session.

Through their involvement with the JLP, many facilitators tell that they experience personal growth and a renewed commitment to their public service careers. They develop new skills and form new friendships. And they get great satisfaction from successfully co-facilitating learning events that create a space for dialogue among their peers.

To reach the objective to deliver the workshop to the 672 CSA employees, the Agency will provide six facilitators, three of them representing the Union and the other three standing for the Employer. 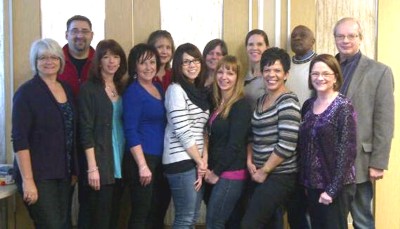 The facilitators’ Orientation Session was held in Montreal, from November 26 to 30. The session was facilitated by Marcia Vergara, JLP Monique Bernier, Service Canada, and Audrey Concilio, Correctional Service Canada. 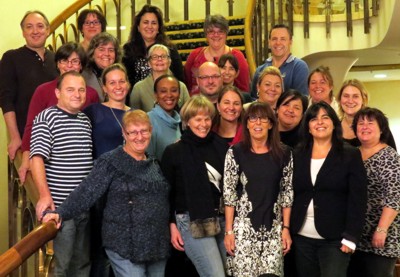 JLP Kiosk at the PSAC Leadership Summit
The JLP held an information kiosk at the PSAC Leadership Summit on Friday, November 30 which was visited by approximately 100 PSAC members. During this event, the JLP attended the Social Justice Fair to discuss the Program with non-governmental organisations such as Amnesty International, Oxfam Canada, etc. Overall comments were very positive and all found the JLP to be a great initiative.

The event allowed for an opportunity to connect with the Employer and Union members. The kiosk was set up to promote the JLP, hand out JLP promotional information and engage in discussions with participants.