In the afternoon, the RFC made a presentation on the upcoming Mental Health in the Workplace workshop and encourage those in attendance to consider applying to become facilitators as the NCR region will be holding an Orientation Session the week of December 8, 2014.

At the end of the presentation, the RFC recognized Louise Blouin, a Union facilitator who has been a facilitator since 2010. She has co-facilitated six workshops and has been an active supporter of the Joint Learning Program. 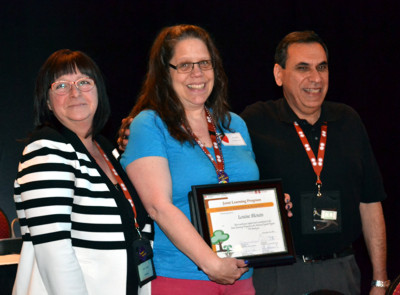 The JLP will attend upcoming events including PSAC Regional Conventions:

This workshop reflects the joint commitment of the Public Service Alliance of Canada, the Treasury Board of Canada Secretariat and the other participating unions to build awareness about mental health. It recognizes that inclusive and healthy workplaces require proactive approaches that engage all members of the workforce. This workshop is one of seven joint learning initiatives to improve workplace relations.

The purpose of this two-day workshop is to raise awareness about mental health in the workplace and to equip individual employees with the knowledge and skills they need to proactively and effectively support a psychologically safe and healthy workplace.

For departments that will be unable to schedule this workshop for two days, a one-day agenda is provided. The purpose of this one-day workshop would be to raise awareness about mental health in the workplace and the factors required to effectively support a psychologically safe and healthy workplace.

The purpose of this agreement is to provide CSC employees with a positive, healthy and respectful workplace. The parties agreed to deliver 15 JLP’s workshops on duty to accommodate to some 300 CSC employees and managers. The agreement covers the period of April 1, 2014 to March 31, 2015.

Strategic partnerships allow departments to benefit from JLP expertise and material in order to offer important training to many of their employees. Strategic partnerships are still active today in the areas of employment equity, workplace diversity, union-management consultation, and harassment prevention and resolution. For more information, contact the regional coordinators for the JLP in your region. 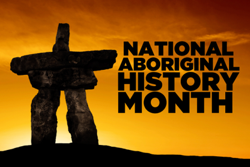 In 2009, June was declared National Aboriginal History Month, following the passing of a unanimous motion in the House of Commons.

National Aboriginal History Month provides an opportunity to recognize not only the historic contributions of Aboriginal peoples to the development of Canada, but also the strength of present-day Aboriginal communities and their promise for the future.

Celebrating National Aboriginal History Month in June is an important tribute to the heritage and diversity of First Nation, Inuit and Métis communities across Canada.