Orientation sessions in Quebec - Recruitment of new interdepartmental facilitators
An orientaton session for Joint Learning Program (JLP) facilitators will be held in Montreal from November 3 to 7, 2014. To find out more, please contact the regional field coordinators in the Quebec Region, Manon Bouchard and Carolle Lajoie, or go to the Becoming a JLP Facilitator section of the website.

When you become a JLP facilitator, you join a community of more than 1,500 individuals across Canada who have participated in the JLP since 2002. JLP facilitators work in many different kinds of jobs and represent almost all federal government departments and agencies. Some of them hold union positions, some of them are managers and executives, and all of them are connected by a common interest in working collaboratively to inspire positive change in their workplace.

Many facilitators tell us that they experience personal growth and a renewed commitment to their public service careers through their involvement with the JLP. They develop new skills and form new friendships. Others tell us that they derive great satisfaction from successfully co facilitating learning events that create a space for dialogue among their peers.

The clinics were held:

28 workshops have already been scheduled on the JLP calendar. 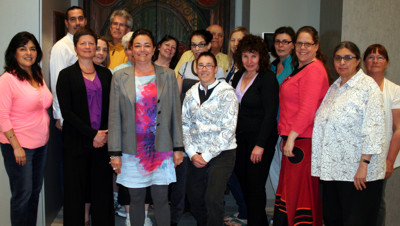 Clinic participants in the Ontario/Nunavut Region

Clinic participants in the Quebec Region 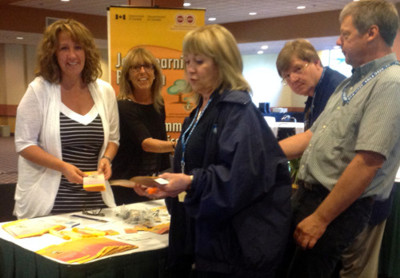 New memorandum of understanding in the Quebec Region
The Joint Learning Program (JLP) recently signed an agreement with Public Works and Government Services Canada and the Government Services Union. The memorandum of understanding (MOU) is designed to provide guidance on the delivery of the Mental Health in the Workplace workshop to 250 employees of the Cheque Redemption Control Directorate in Matane. The MOU will take effect on June 24, 2014, and expire on June 20, 2015.

A strategic partnership is an agreement between the Joint Learning Program, a department or agency, and a union to deliver a specified number of workshops during a particular period of time. This agreement is in writing in the form of an MOU that spells out the responsibilities of each partner.

A number of facilitators were elected to the Ontario Council at the Convention. They areMissy Taylor, Barb Goodfellow, Donna Struck, Valery Green and Sheila Karasiewsicz. 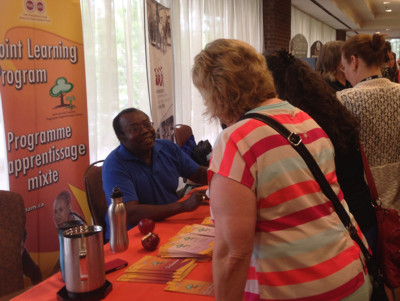 The JLP took advantage of the opportunity to promote its new workshop on Mental Health in the Workplace to public service executives (commonly known as EXs). Moreover, some of the Symposium workshops dealt with this very topic.