Promotional Workshops in the British Columbia and Yukon Region
The British Columbia-Yukon Territory (BC-YT) Region in collaboration with the Pacific Federal Council will deliver a series of workshops that will feature a topic every Wednesday during the month of June. The goal of this series is to provide the opportunity to experience the Joint Learning Program style of learning to individuals who might not otherwise have an opportunity in their own workgroups. All federal Public Service unionized employees and their managers within the Core Public Administration may attend these workshops.

Those interested in participating in any of these events, please contact Jayne Billington, Regional Field Coordinator (Employer), at 604-666-8217 or billinj@psac-afpc.com, Karla Backer at 604-666-7799 or backerk@psac-afpc.com.

The facilitators’ Orientation Session was held in Gatineau, from April 15 to 19. The session was facilitated by Marcia Vergara, Monique Bernier and Bruce Roy. 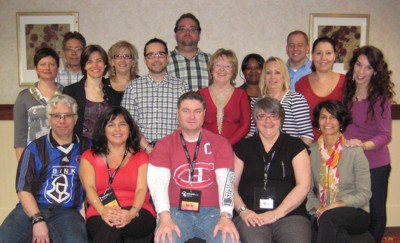 Quebec Regional Field Coordinators, Manon Bouchard and Carolle Lajoie, in collaboration with Danielle Dubuc and François Dégardin, JLP Facilitators, held a promotional booth. In connection with health and safety, JLP kits on Creating a Free-harassment Workplace and Duty to Accommodate: Building an Inclusive Workplace have attracted much interest.

More than 300 people attended the conference. 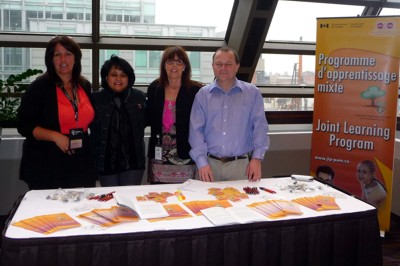 May is Asian Heritage Month
This acknowledges the long and rich history of Asian Canadians and their contributions to Canada and the world. It also provides an opportunity for people across the country to reflect on and celebrate the contributions of Canadians of Asian heritage to the growth and prosperity of Canada.

Asian Heritage Month has been celebrated in the United States since 1979. Over the past decade, many Asians in Canada have begun to celebrate their heritage during the month of May. In May 2002, the Government of Canada signed an official declaration to designate May as Asian Heritage Month.

According to Statistics Canada, the 2006 Census found that more than 5 million or 16% of Canadians are visible minorities, with South Asians and Chinese accounting for almost half of this number.